Away for a while

I’ve left behind the sunny south west France and headed west for a holiday.

After a week or so in the UK I’ve arrived in the USA just in time to be greeted by the worst October snow storm on record. Just a couple of days after I got here, a huge storm swept through the USA closing all airports in New York, Connecticut and Boston. I am, however, pleased to say that here where I’m staying, in Mid Coast Maine, the storm only dumped about an inch of snow, although, just a few miles inland, over a foot was recorded.

The trip over here was interesting. I flew from the UK to Paris, then to Boston and finally to a small airport, known affectionately as Owl’s Head. I traveled on an Airbus, then a Boeing 747 before boarding a smaller plane for the last leg. When I say smaller, I’m talking SMALL!!! Cape Air carried me in an 8 seater Cessna for what was probably the most interesting one hour flight I have ever enjoyed. And yes, they did ask me my weight at check in!!

I’m here in New England until towards the end of November when I shall head back towards the Kitchen Garden in France.

The past year in the garden has been a disaster.

The severe drought caused a complete ban on any form of irrigation ensuring that virtually everything I had planted died. The only things that cropped were a few tomato plants, which produced fruit just before I left, although I did get quite a bit of fruit from the established trees inb the orchard.

When I get back, I shall be turning the ground over in preparation for the 2012 season.

In the mean time, I’m just enjoying the hospitality offered by family in the USA.
Posted by Ian at 9:07 PM No comments: 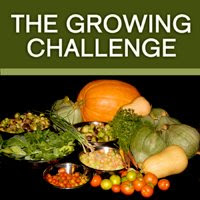